Show you what horseradish Is made or?

Horseradish is native to southern Europe and Turkey. It was introduced into Shanghai by the British bow as early as 80 years ago. At present, it is cultivated in Shanghai, Jiangsu, Shandong and Liaoning. Wasabi (wasabi), also known as behead, is a perennial herb of Malus in Cruciferae.

Originated in Japan, horseradish powder is a vegetable and medicinal plant with high economic value. It is an essential part of Japanese food. The ingredients contained in horseradish can prevent tooth decay, and also have a certain effect on preventing pox, preventing blood clot and treating asthma. It can promote appetite, help digestion, help stabilize vitamin C in the intestine, have strong bactericidal power, kill cholera bacteria, prevent food poisoning and resist food poisoning.

Horseradish (Armoracia Rusticana), also known as Western behemoth and horseradish, is a perennial cold resistant plant of Malus in Cruciferae, It can be used as a vegetable and has a spicy taste that stimulates the sinuses.

Horseradish is not only used as the seasoning of roast beef and other dishes in European countries, but also as the material of imitation horseradish seasoning. 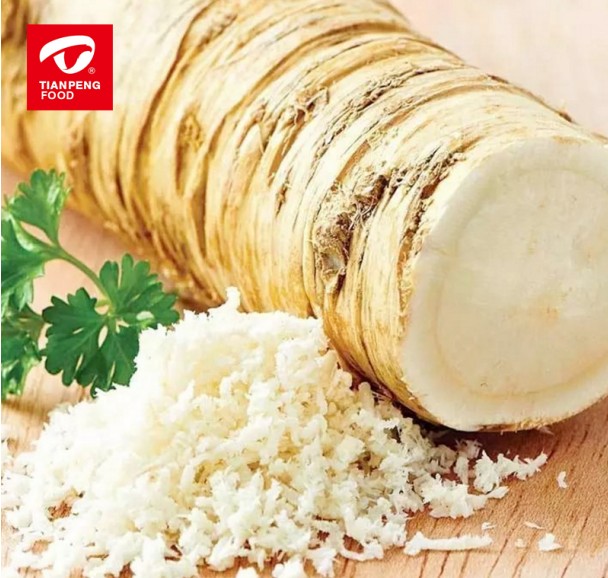